Truck Driver turnover! Just the mention of these words will bring a shudder to trucking company CEOs and recruiting directors.

So who are the real casualties in the driver turnover war? Drivers and their families!

The costs to a driver can be staggering. By factoring the lost income and savings over the span of a driving career, you can see the enormous impact “job hopping” can have on the individual driver and his or her family.

Leaving a company often means missed paychecks. Sometimes, the company you are leaving may put a hold on your check until they receive verification that you have turned in all paperwork, equipment, etc.

And the company you are going to may not be able to get you into orientation right away.

When you do get to orientation, what happens if you don’t like your new company? Of course, as a qualified driver you can find another job right away, but then you’re stuck waiting to start at another orientation.

When you do complete orientation, your first check is probably at least two weeks away.

It’s tough enough to go without a paycheck for three to four weeks, but when you multiply that lost income over the length of your career, it can become tens of thousands of dollars.

If your new carrier doesn’t give you credit for all the years you’ve driven, it may take you longer to qualify for raises based on experience. And consider the other benefits of staying with a company long-term. Most drivers who stay with one carrier learn how to work within that system most efficiently.

They generally get the best loads and get home when they need to and they are respected as long-term members of the team. You’ll never have that kind of relationship if you change carriers every couple of years.

Will there be a break in your medical insurance? A few companies offer insurance from the first day of employment, but the vast majority of trucking companies have a waiting period that may last from 30 days to as long as 180 days.

You will usually have the option of continuing your insurance from your previous company using COBRA, but it may be at a higher rate than you were paying.

These costs can be several hundred dollars per month. Again, when you consider what this lost money could have become as savings, you see that the real cost can be tens of thousands of dollars.

Another insurance problem can arise with pre-existing conditions. Drivers and their dependents who have been treated recently for a medical condition may not have coverage for that condition until long after their new insurance is in force.

Most companies offer some type of paid vacation after one year of employment.

Changing jobs is going to reset that clock, and you will be waiting another full year until your next paid vacation. If you have been with the carrier for several years, you may be exchanging as many as three weeks paid vacation for a single week with your new carrier.

If the company you are leaving has safety, longevity or productivity bonuses, you will usually forfeit these when you quit. Depending on the carrier, this can be several hundred dollars or more.

Whatever amount your old company has contributed on your behalf may be lost depending on the company’s vesting requirements. And once again you will be facing a waiting period at most companies before enrolling in their 401k program.

Even if you have resisted the temptation of paying the tax and interest penalty to get the cash from your 401k (which many drivers use to “get by” until the first paycheck from the new carrier), you will still have a period of non-investment.

So a driver who changes companies every two or three years can see a significant decrease in his or her retirement savings. Here are two examples:

Bob will work for just two companies during his career and will reinvest money in his 401k plan. He will receive a 1% employer match to his retirement account throughout the years, which has averaged an annual rate of return of 8%. At age 55, Bob will have $301,802 in his retirement account.

But unlike Bob, Dan will change jobs seven times during his career. Each time he will resist the temptation to cash out his 401k plan, and he will reinvest his money as soon as he is eligible.

Because of different requirements from the different company’s 401k plans, Dan will not be able to make contributions for a total of 60 months during his career.

As trucking companies look at the costs associated with turnover, many are becoming very strict about the number of jobs a driver may have in the past and still be eligible for employment.

One of the easier ways for companies to reduce turnover is to avoid the temptation of hiring “job hoppers.” Sure, if you’re a safe driver with a valid CDL, there will probably always be a job for you. But will it be with the type of carrier you like?

Will you be able to find employment with a carrier that is able to offer you all the benefits you need? Wouldn’t it be a shame to find a great carrier and be ineligible due to your work history? 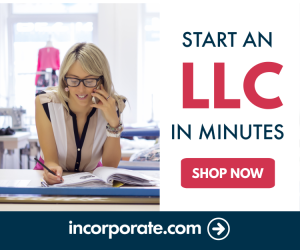